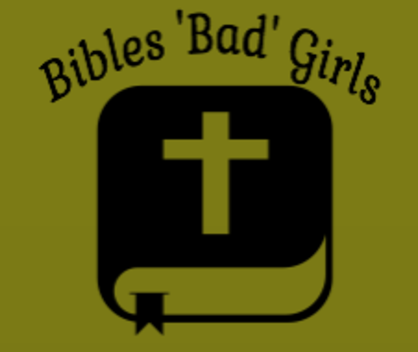 
The songs listed below are of courage, bravery, and even the wickedness of some of the Women in the Bible.  Learn about Shiprah, Puah, Miriam, Deborah, Rahab, Judith, Bathsheba, Jezebel, Salome, Delilah, Potiphar's Wife, Esther, Girl Prophets, and many more!

There are so many of the “Bad” girl stories to be told.  It’s amazing how many of them risked their lives for their love of God. The things they did, some of us would cringe.  The murders, the lies, the planning, and plotting; but they all “did what was right”.

Along that same line: “Is This God’s Plan?”; our next “bad” girl finds herself in a life of luxury and also a murderous plot.  This ballad sings of Esther's courage and brave deeds to save her people.

Even though we don’t emulate any of these women in my song, I’ve included them just because they are truly the “Bad Girls of the Bible”.  We can still learn valuable lessons from them and see how God turns evil into good.  Sometimes, however, He challenges us to look really hard to see His reasons.

The 9 girl prophets mentioned in the Bible are from the Old and New Testaments.  Their belief and faith was so strong in the Lord that many people respected them and came for their counsel.

There are many women mentioned in the Bible (over 200).  This song mentions only 24.  One for each letter of the alphabet.  There are no names for "X and Y".  Women mentioned are:  Abigal, Bathsheba, Claudia, Dorcas, Elizabeth, Faithful Martha, Gomer, Hannah, Ishca, Jochebed, Keturah, Leah, Mary Magdalene, Naomi (& Ruth), Orpah, Phoebe & Pricilla, Queen Esther, Rachel, Suzanna, Tamar, Unnamed Women of the Bible, Virgin Mary, Widows, No X or Y, and Zilpah.

This Gospel Rock song is a tribute to the six older women from the New and Old Testaments that waited, prayed, believed, and gave their sons to God. Sarah, Rebekah, Rachel, Manoah's Wife, Hannah, and Elizabeth knew first hand what it meant to be barren for so many years and then to find out God did not forget them.

Can you trace your family tree 560 years back?  The Bible gives us quite a bit of knowledge about important people that were in Jesus’ genealogy.  There were liars, schemers, victims of rape, prostitution, military leaders, Gentiles, murders….just to name a few.  All were sinners except the Blessed Mother Mary.  God used each and everyone in His plan to bring us to that wonderful moment of Jesus’ birth.